Menu
Log in
Register
Install the app
You are using an out of date browser. It may not display this or other websites correctly.
You should upgrade or use an alternative browser.

jeffbear said:
Hey ... the Premiership looks downright competitive compared to virtually every other league in Europe. Their top tier is really 4-6 deep, and they have a decent amount of rotation in that group. And it still sucks butt to support a team in the bottom half of the league because you have only the longest of long shots to ever be truly relevant for any length of time without a cash infusion that would support a small first world country's economy.

No matter how anybody wants to spin it, European soccer is turning into a two tier operation. Haves and have nots, with only JUST enough movement between the groups to give the illusion that the playing fields are level. They aren't ... not on any sustainable level at least. The late 20th and early 21st centuries have been absolute hell on clubs that weren't in that top tier when the money went nuts, and it's only getting worse over time.
Click to expand...

italy probably has the best chance of being as competitive as the EPL, 4-6 teams deep. Yes, Juve is on a run, but Inter and AC Milan are traditional powers that lost their way and are on the way back. Roma’s new-ish management might have something to say too, although they might tie up their cash in the new stadium, as Arsenal and Spurs have done. La Liga is really only 3 teams deep with Barca and the 2 Madrid clubs. Valencia and Sevilla make cameo appearances every so often but will any of them seriously challenge for anything more than an occasional Champions League spot? And we didn’t even touch on Ligue 1. PSG has won 7 of the last 9 titles, many by double digit points. Only Montpellier in 2011-12 and Monaco In 2016-17 have broken their stranglehold.
A 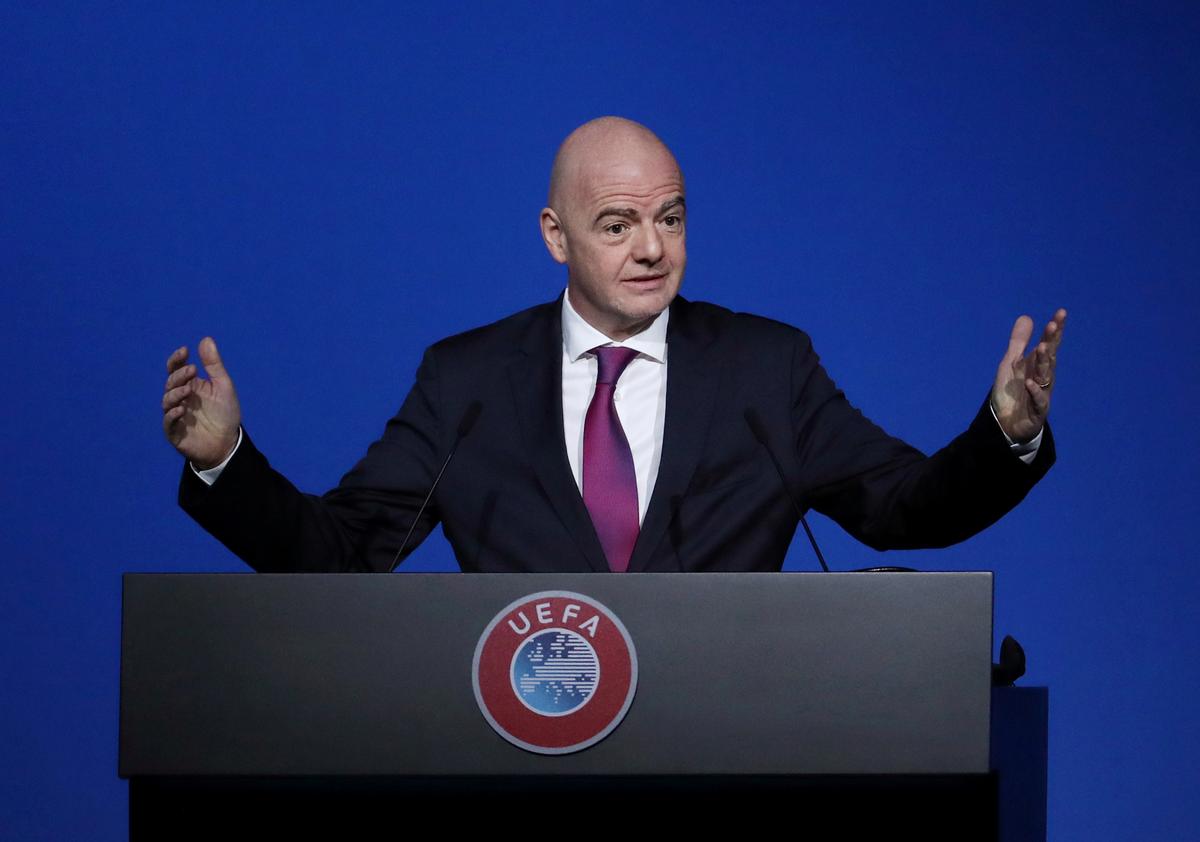 A special prosecutor appointed to look into dealings between Swiss Attorney General Michael Lauber and FIFA President Gianni Infantino has launched criminal proceedings against the head of world soccer and requested approval to open proceedings against Lauber, authorities said on Thursday.

A special prosecutor appointed to look into dealings between Swiss Attorney General Michael Lauber and FIFA President Gianni Infantino has launched criminal proceedings against the head of world soccer and requested approval to open proceedings against Lauber, authorities said on Thursday.

VERY weird story. Hard to tell if the special prosecutor's office is engaged in an attempt to cover up past FIFA crimes or if Infantino and Lauber are just carrying on the grand tradition of the Swiss government abetting new FIFA crimes.

Either way, if FIFA really want to clean house at any point in the future, maybe picking up stakes and moving the HQ out of Switzerland would be a good place to start. Then at least they can't hide in the maze of Switzerland's intentionally mysterious legal system.
You must log in or register to reply here.
Share:
Facebook Twitter Reddit Pinterest Tumblr WhatsApp Email Share Link
Top