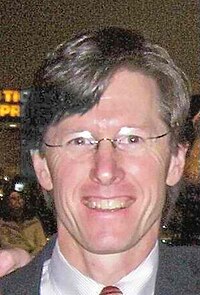 That's what the mute button is for.

Gardiner turnover leads to a Bruins breakaway and they score.

Jake Gardiner special baby!!! If I could have picked one guy to gack up a perfect game it would be that guy.

I was at a point in the game where you say to yourself you gotta get at least a point out of tonight’s effort...

And the two goal lead put this one away. Redirect by Krejci.

I feel bad for Gardner but he’s just not getting it done. Seems like a nice kid.

Can’t give up that goal. Also can’t fall apart when you give up a goal.

What bothers me most about a brain fart like Gardiner on that play is you just can’t get cute in a scoreless game late, dump it in deep, he tries to deke out two Bruins while standing still and he knows he has no support. He did the same riverboat gambler bullshit in Toronto.
B

Add to.the turnover that he left Coyle open...then Aho does the same

CanadaCanes said:
What bothers me most about a brain fart like Gardiner on that play is you just can’t get cute in a scoreless game late, dump it in deep, he tries to deke out two Bruins while standing still and he knows he has no support. He did the same riverboat gambler bullshit in Toronto.
Click to expand...

Gardiner is absolutely made of mental blocks right now for whatever reason. He just keeps making bad decisions on even the most basic stuff, and for a guy with his length of service there's just no excusing that stuff. Add in his personal history at TD Gardens and he was all but assured to be the one to screw up like that. I hate it for the guy, but he's just no getting it done and the situation actually seems to be getting worse over the last four or five games after appearing to stabilize a bit.

But yeah ... score a freaking goal and there's less pressure on everybody.

I felt this would end up being a loss for us, and so was pleasantly surprised to see us compete well against a red-hot team like the Bruins - at least for 50 minutes. I cannot fathom why Brindy hasn't shown Gardiner the door for awhile. I guess he knows the psyche of players and what it takes to motivate them, but for the life of me, that guy is only hurting the team right now so why not let a Checkers player take a shot? It's not all on Jake, though. We're talented, but not nearly consistent enough to be considered a top tier team. In fact, we've been pretty mediocre over the past month.
B

Up until that point, I thought Gardiner had played one of his better games. What is most frustrating is that came after a dominating shift where we were holding the offensive zone for a long long time.

Staff member
Yeah ... the past month when Carolina's "best players were their best players" and all that hooey, the offense was inconsistent enough that you can see why the Canes are still sniffing around for another winger. Foegele just isn't given them top 9 offense and with Huala out and Wallmark not really stepping up, the depth scoring has come up short. It was nice to see a pretty complete defensive effort last night, but you've got to score the puck to win games. We're relying far too much on a youngster like Necas to make plays ... and with him out the whole thing gets very blunt and very check-able.

The more concerning part to date for the Canes is how dangerously close they are to falling right out of the top eight in the mix in the East and so many Metro teams gobbling up points nightly. That game last night is a prime example where you have to secure at least a single point when you play that hard and hang with arguably the best team in the East in their building. Guys like Nino, Staal and Dzingel have to start providing more offense, really disappointing with how non-existent those three seem to be when it comes to providing secondary scoring for this team.

Gardiner's double-sin of losing the handle AND failing to check the game-winning goal scorer cost the road point we had worked so hard to deserve.

But failing to score at all is what lost the game.

Heck of a game by Reimer and Slavin was our #1 star.

CanadaCanes said:
...Guys like Nino, Staal and Dzingel have to start providing more offense, really disappointing with how non-existent those three seem to be when it comes to providing secondary scoring for this team.
Click to expand...

The concept of that line seems to be "and here is where I put three forwards that cannot score to save their ***".

Dzingel is more of a finisher than a set-up player and neither of the other two line mates are that kind of player. When Niederreiter was scoring, it seemed to be close-in and again needing a set-up pass and/or rebound. He's not someone that creates his own shot that much.

Really missing Haula. And then also losing Necas allows the other team's defense to concentrate on Aho and Svechnikov. Teravainen quietly plays a heck of a game, but again more set-up than finisher.

Really dislike this 11 and 7 thing Rod's running. But it's on management not calling up a 12th forward. No need to talk about our alleged depth if we're never going to use any of it.
C

Shut out twice in a week. Nothing puts pressure on the D like zero margin for error. That’s not going to help 51 gain confidence.