MTL@NYI: Five things you need to know
The Canadiens begin a three-game road trip with a matchup against the Islanders in Brooklyn
by Matt Cudzinowski @CanadiensMTL/ canadiens.com
11:46 AM

BROOKLYN - Here are five things you need to know ahead of Tuesday night's game against the Islanders at Barclays Center.
1. The Canadiens are coming off a 4-3 overtime victory over the Carolina Hurricanes on Saturday night. Claude Julien's troops were in complete control of the contest, leading Rod Brind'Amour's squad 3-0 just over four minutes into the second period on the strength of goals by Phillip Danault, Max Domi and Brendan Gallagher. The Hurricanes weren't about to give up, though, eventually tying the game with 1:17 remaining in regulation time on a goal by veteran Justin Williams. Fortunately, Jeff Petry lit the lamp in the extra frame to seal the win for Montreal in front of the Bell Centre faithful. Goaltender Charlie Lindgren turned aside 27 of 30 shots in his first start since February 4. 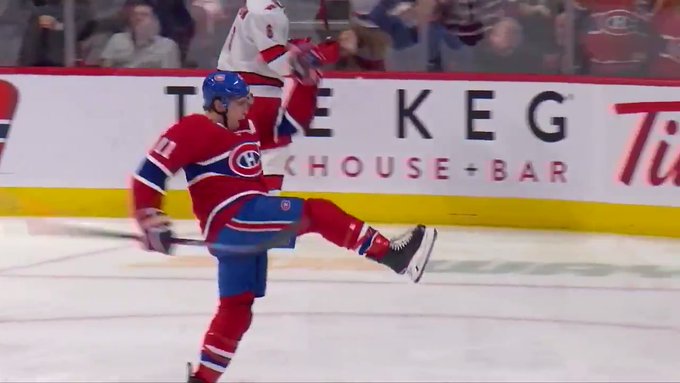 49 people are talking about this


2. After taking a therapy day on Monday, Petry was back on the ice for Tuesday's morning skate with the rest of his teammates. While the veteran defenseman told Julien that he's good to go after taking a hard shot off his foot against Carolina, it remains to be seen if he'll be in the lineup. We'll also have to wait and see which defenseman will be the extra man. Julien wasn't prepared to confirm the news following the on-ice session. For his part, Domi will be looking to extend his point streak to six games. He boasts seven points (4g, 3a) over the last five outings. 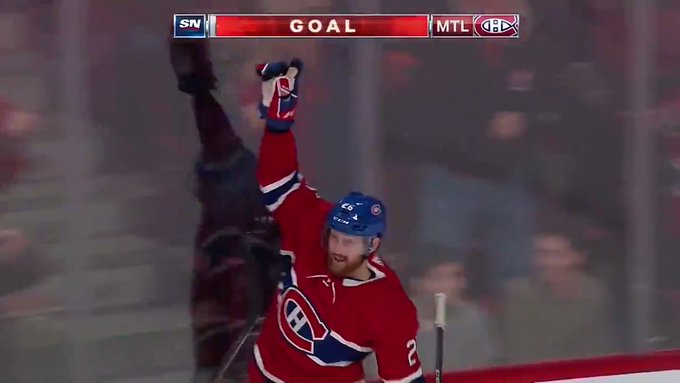 46 people are talking about this


3. Rookie Nick Suzuki was recognized for his outstanding play of late on Monday. He was named the Molson Cup recipient for February, finishing ahead of Carey Price and Petry. The 20-year-old London, ON native led the team in power play goals (2) and points (5). He also finished tied for second on the team in points (10), tied for third in goals (4) and shots (35), and ranked fourth in assists (6). Suzuki will be presented with the award during a pregame ceremony on March 10 against the Nashville Predators at the Bell Centre.

Suzuki: always in the right place at the right time.#GoHabsGo 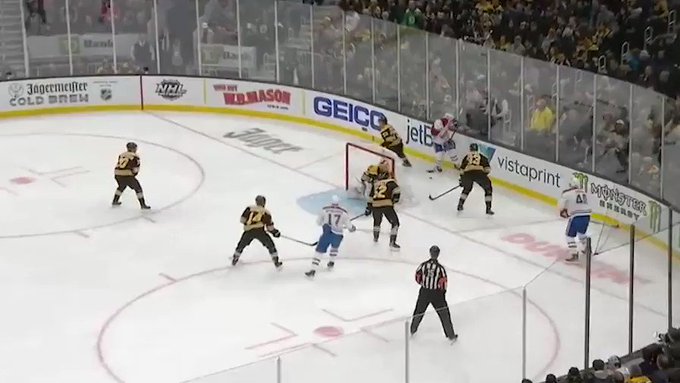 35 people are talking about this

There was plenty of praise going around the room for Nick Suzuki this morning.#GoHabsGo https://www.nhl.com/canadiens/news/nick-suzuki-molson-cup-and-a-rookie-season-to-remember/c-315762444?utm_source=twitter&utm_medium=post&utm_campaign=CHCcontent&utm_content=EN-0302-Practice …

Suzuki: Molson Cup and a rookie season to remember
The rookie forward led the Habs in power play goals and points in February.
nhl.com

29 people are talking about this


4. The Islanders enter Tuesday night's encounter on a three-game winless streak. In their most recent outing over the weekend, Barry Trotz's contingent was blanked 4-0 by the Boston Bruins at Nassau Coliseum. Goaltender Tuukka Rask made 25 saves to shut out the home team. This marks the second meeting of the season between the two clubs. On December 3, the Canadiens posted a 4-2 victory in Montreal, snapping an eight-game winless skid in the process. Mathew Barzal leads the Islanders in scoring with 56 points (18g, 38a), while Brock Nelson ranks second in that department with 50 points (23g, 27a). Newcomer Jean-Gabriel Pageau sits third with 42 points (26g, 16a) this season. He has two goals in three games with the Islanders since being traded from Ottawa. Montreal and New York will close out their regular-season series on March 28 at the Bell Centre.


5. Puck drop is scheduled for 7:00 p.m. You can watch the game on TSN2 and RDS, and listen to all the action on TSN Radio 690 and 98.5 fm. Following the contest, the Canadiens will travel to Tampa Bay where they'll battle the Lightning on Thursday night at Amalie Arena. 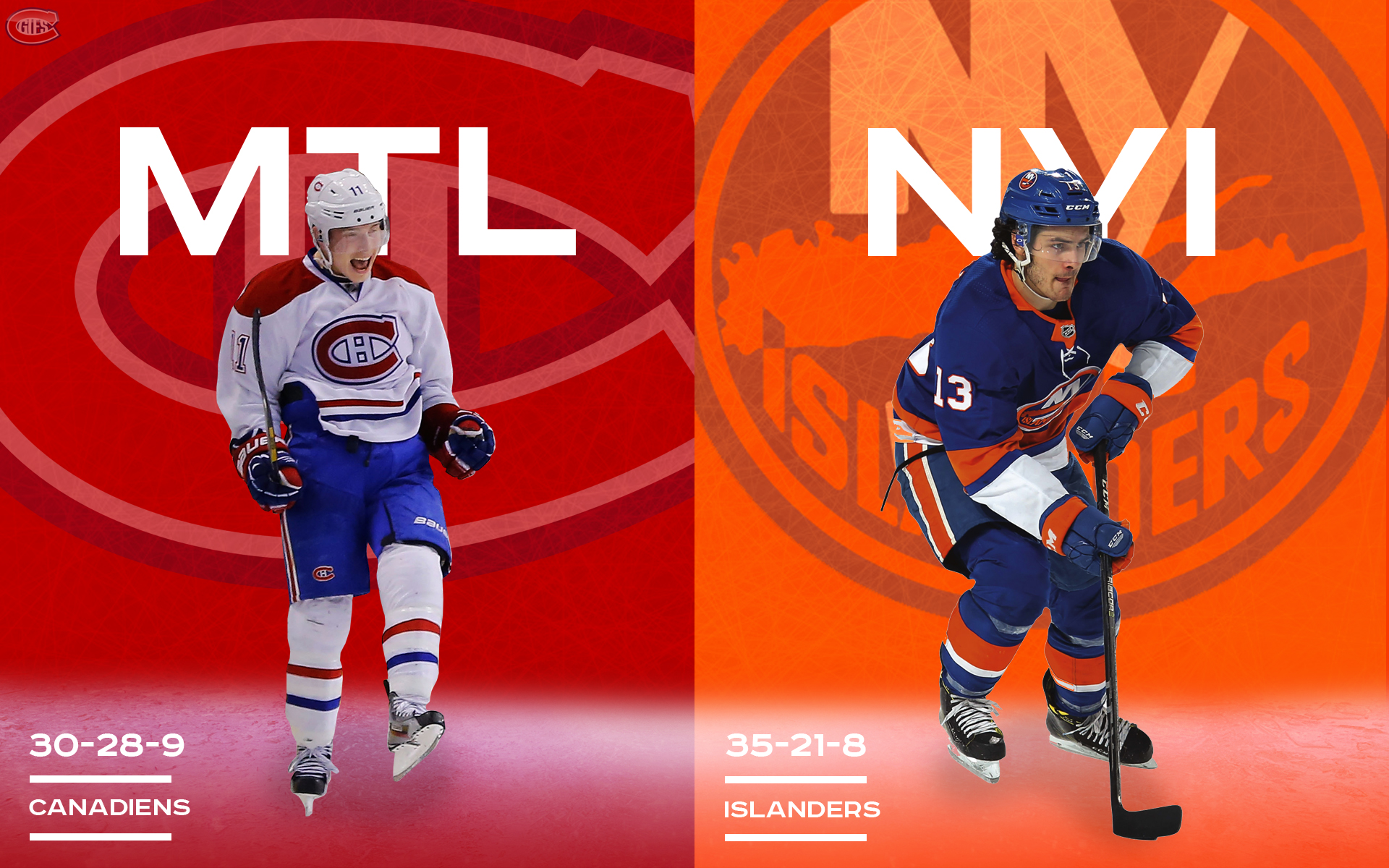 I see everyone is excited for the game tonight.

Hudon actually scored.
3-0 Habs.
They got the Habs right where they want them.

Habsy said:
Hudon actually scored.
3-0 Habs.
They got the Habs right where they want them.
Click to expand...

yes but this game is on the road

Any word on Tatar? He left midway in the first.

that was quiet the snipe by Hudon.

Confidence. Hope the guy has figured it out.

Habsy said:
Any word on Tatar? He left midway in the first.
Click to expand...

Out for the rest of game with upper body injury

Habs should play the rest of the schedule on the road.

that shouldnt be a goal

4-0 lead, Price doesnt need to take chances like that.

The race to 9th ensues.