BeLeafer said:
Untrue. It was Chretien's Liberals that dismantled much of Canada's social welfare state (i.e., Paul Martin hacking the health and social transfer, gutting EI, privatizing the CPP, etc.). Blair did much of the same in the UK. Clinton did tons of it in the US.
Click to expand...

BeLeafer said:
Seems you missed the coup the US tried to stage in Venezula in ... 2002.
Click to expand...

I didn't miss it at all. It was a Venezuelan coup. The Venezuelan military and business class wanted to overthrow a leader whose popularity had plummeted, had become anti democratic, and yes, was a threat to Venezuelan business interests. There was a number of connections between the Venezuelan military leadership and US policymakers (like there is between the Americans and most of the militaries on the planet), but there was no proof put forward even by Chavez himself that it was US funded or directly US supported. Just that Venezuelan military leadership had visited Washington a couple times in the months prior to the attempt. Which was likely a "kiss the ring" and ask for approval, which Washington happily granted (and fell all over themselves to legitimatize the new government once the initial attempt succeeded)

It was a Venezuelan coup attempt. Kind of like Chavez himself attempted in '92, which nobody calls a "Cuban coup" despite Cuba being about as involved in it, as the Americans were in the 02 coup.

I even found a lefty blog from a prominant anti war journalist for you, it seems like the only type of media you consider legitimate

US coup against Hugo Chavez of Venezuela, 2002 – William Blum

Immediately after the coup, members of the military and of the new government said that the decision to force Chávez from power had been made six months earlier by a group of dissident officers in the Venezuelan navy and air force.

As the coup was being hatched, the United States met with all the key players, either in Venezuela or in Washington: Pedro Carmona, who became president; Vice Admiral Carlos Molina, Air Force Col. Pedro Soto, and several other officers who in February had publicly demanded Chávez’s removal; opposition legislators, and others. A US diplomat revealed that Molina and Soto had each received $100,000 from a Miami bank account for denouncing Chávez.

“We felt we were acting with U.S. support,” Molina said of the coup. “We agree that we can’t permit a communist government here. The U.S. has not let us down yet. This fight is still going on because the government is illegal.”

The officers who took part in the overthrow of Chávez “understood the U.S. State Department’s repeated statements of concern over the Chávez administration as a tacit endorsement of their plans to remove him from office if the opportunity arose.” … “The State Department had always expressed its preoccupation with Chávez,” retired military officer Fernando Ochoa said after the coup. “We interpreted that as” an endorsement of his removal.
Click to expand...

Venezuelan coup planners sought out US approval and got it. This wasn't Tehran, where the CIA showed up with a bag of money and manufactured opposition. There was active opposition in Venezuela, that wanted to know the US would support the transition if they were able to take power.

I guess everything that isn't spewed out by giant corporations and billionaires is lefty for you. I regularly post stuff from other sources, but never mind, that would interfere with the intellectual dishonesty.

William Blum is a bit out there, frankly. You know he claimed Obama is probably CIA. Not someone I'd ever use as a source. But just ignore that and assume I give credence to anything you deem left.

You need to really shove your head firmly up your arse to fail to understand that the CIA isn't going to advertise it's involvement. Nor do you have to go out on the fringes to see the evidence of it.

Specialists in the 'dirty wars' of the Eighties encouraged the plotters who tried to topple President Chavez.

But the crucial figure around the coup was Abrams, who operates in the White House as senior director of the National Security Council for 'democracy, human rights and international opera tions'. He was a leading theoretician of the school known as 'Hemispherism', which put a priority on combating Marxism in the Americas.

It led to the coup in Chile in 1973, and the sponsorship of regimes and death squads that followed it in Argentina, El Salvador, Honduras, Guatemala and elsewhere. During the Contras' rampage in Nicaragua, he worked directly to North.

Congressional investigations found Abrams had harvested illegal funding for the rebellion. Convicted for withholding information from the inquiry, he was pardoned by George Bush senior.

A third member of the Latin American triangle in US policy-making is John Negroponte, now ambassador to the United Nations. He was Reagan's ambassador to Honduras from 1981 to 1985 when a US-trained death squad, Battalion 3-16, tortured and murdered scores of activists. A diplomatic source said Negroponte had been 'informed that there might be some movement in Venezuela on Chavez' at the beginning of the year.
Click to expand...

Like the opposition in contemporary Venezula, these coup plotters were extreme right wingers (both on the US and Venezula side). Enjoy defending/supporting them.

I'm not supporting them nor defending them, just challenging the "every coup is an American" coup logic at work here.

From the Guardian article:

One of them, Elliot Abrams, who gave a nod to the attempted Venezuelan coup
Click to expand...

Now officials at the Organisation of American States and other diplomatic sources, talking to The Observer, assert that the US administration was not only aware the coup was about to take place, but had sanctioned it, presuming it to be destined for success.
Click to expand...

The visits by Venezuelans plotting a coup, including Carmona himself, began, say sources, 'several months ago',
Click to expand...

How is all of that not exactly what I just said? Venezuelan coup, with the plotters going to Washington to kiss the ring and get "a nod" from the scumbags in charge.

Which is slightly less involvement than Cuba had in the attempted 1992 coup by Chavez himself.

A nod. lol c'mon. The guys on the America side have a deep history of Latin American coups and worse, as the article makes clear.

As far as every coup is an American plot, that would be largely true in Latin America.

Moreover, they customarily support the most brutal right wing lunatics. See Honduras for a recent example. The opposition in Venezula is very much the norm -- extreme right and violent. But that never gets any attention in the establishment media.

The Violent History of the Venezuelan Opposition

The West alleges that the Venezuelan opposition is peaceful and democratic; however, their extensive history of right-wing violence proves otherwise. The Ven

Contrary to Western narratives, these anti-government protestors have a history of escalating to extreme forms of violence, such as their burning of Venezuelan youth Orlando Jose Figuera, who was stabbed and set on fire on May 20th, 2018. This occurred in the Altamira neighborhood of Caracas, one of the wealthiest regions of the capital, after the anti-government protestors suspected he was a Chavista because he was Black. 80% of his body suffered burns and stab wounds as a result and he unfortunately died from this hate crime.
Click to expand...

BeLeafer said:
A nod. lol c'mon. The guys on the America side have a deep history of Latin American coups and worse, as the article makes clear.

As far as every coup is an American plot, that would be largely true in Latin America.
Click to expand...

It's weird, I made a statement and you challenged it. I produced a non establishment, anti US hegemony source to support my stance on the matter, you challenged that with a guardian piece that used the exact type of language that both I and the non establishment anti US hegemony source used and now you're "lol c'mon"ing and just re stating your opinion. Even Chavez himself claimed it was a domestic coup after his investigation was done. He did pivot a year or more down the road when he felt like he could use the boogeyman of the "US imperialists" for domestic advantage, but that was well, well after the fact.

It was a Venezuelan coup.

Except Blum's piece doesn't support your stance. Maybe you missed his section on who financed the coup? Or this ...

As in Chile in 1973, before the overthrow of Salvador Allende, large crowds of civilians were used to create a feeling of chaos, and to establish a false picture of Chávez as a dictator, providing some of the rationale and incitement for the military to then make a coup “for the sake of the country”.
Click to expand...

But the articles are not the same. Blum fails to note the key players on the US side -- Abrams and Negroponte. Two actors who have a long and brutal history of overturning governments and training death squads in Latin America. Yeah, they were just giving the nod. There are deep connections between the opposition and the US and its intelligence services.

Pretty harrowing account of Assange's ongoing torture and persecution. I'm sure his fans will rejoice:

I was deeply shaken while witnessing yesterday’s events in Westminster Magistrates Court. Every decision was railroaded through over the scarcely heard arguments and objections of Assange’s legal team, by a magistrate who barely pretended to be listening. Before I get on to the blatant lack of... 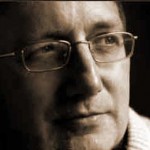 Before I get on to the blatant lack of fair process, the first thing I must note was Julian’s condition. I was badly shocked by just how much weight my friend has lost, by the speed his hair has receded and by the appearance of premature and vastly accelerated ageing. He has a pronounced limp I have never seen before. Since his arrest he has lost over 15 kg in weight.

But his physical appearance was not as shocking as his mental deterioration. When asked to give his name and date of birth, he struggled visibly over several seconds to recall both. I will come to the important content of his statement at the end of proceedings in due course, but his difficulty in making it was very evident; it was a real struggle for him to articulate the words and focus his train of thought.
Click to expand...

Response to the claims of OAS and extreme right wingers like Marco Rubio re: Bolivia elections

The OAS statement yesterday on Bolivia’s election should be retracted, said Mark Weisbrot, Co-Director of the Center for Economic and Policy Research. The US has a total embargo on Venezuela. The EU has imposed new sanctions. The goal is to oust President Nicolas Maduro. But the measures are hitting Venezuelans hard and are likely to kill many people.