MTL@FLA: Five things you need to know
The Canadiens will be looking to close out their three-game road trip on a high note following a tough outing in Tampa
by Matt Cudzinowski @CanadiensMTL/ canadiens.com
16 minutes ago

SUNRISE - Here are five things you need to know ahead of Saturday night's matchup against the Florida Panthers at the BB&T Center.
1. Hall of Famer Henri Richard passed away on Friday while the Canadiens were in South Florida ahead of their contest versus the Panthers. Richard was 84 years old. He spent his entire 20-year NHL career with Montreal, winning a League-record 11 Stanley Cups along the way. He is also the franchise leader in games played (1,258), and ranks third in team history in assists (688) and points (1,046). The "Pocket Rocket" also played in the NHL All-Star Game on 10 occasions.and was the recipient of the Bill Masterton Memorial Trophy in 1974. 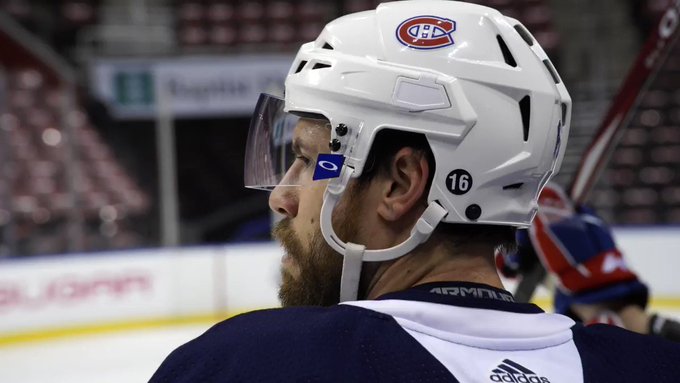 20 people are talking about this


2. The Canadiens are coming off a 4-0 loss to the Tampa Bay Lightning at Amalie Arena on Thursday night. That snapped their two-game winning streak. Claude Julien's troops fell behind just 49 seconds into the first period and weren't able to claw their way back into the contest. Defenseman Victor Hedman scored a pair of goals, while Andrei Vasilevskiy made 32 saves to earn the shutout. At one point in the game, things got a little heated between youngsters Nick Suzuki and Mikhail Sergachev. Captain Shea Weber quickly came to Suzuki's defense, dropping the gloves with the former Canadiens blueliner. Unfortunately, the scrap couldn't sway the momentum in Montreal's favor. The Lightning swept the season series between the two teams, winning all four games. Following Saturday's morning skate, Julien confirmed that Charlie Lindgren would get the start in goal against the Panthers. Lindgren has won his last two starts. Meanwhile, Brendan Gallagher returns to the lineup after battling the flu. He missed the game in Tampa due to illness.

Brendan Gallagher is back on the ice with his teammates.#GoHabsGo 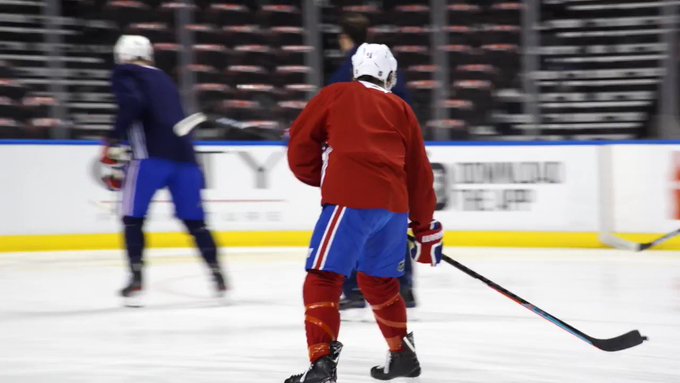 
3. The Panthers are struggling right now. They're winless in their last four games after dropping a 2-1 overtime decision to the Boston Bruins in South Florida on Thursday night. It was also the Panthers' eighth consecutive defeat at the BB&T Center. MacKenzie Weegar scored the lone goal for Joel Quenneville's contingent. The two teams have split the season series thus far this year. After Florida posted a 6-5 win on December 29 in their own barn, Montreal responded with a 4-0 victory on February 1 at the Bell Centre. They'll meet again north of the border on March 26. Jonathan Huberdeau leads the club with 77 points (22 goals, 55 assists), while Aleksander Barkov ranks second in scoring with 62 points (20 goals, 42 assists). Mike Hoffman sits third with 56 points (27 goals, 29 assists). 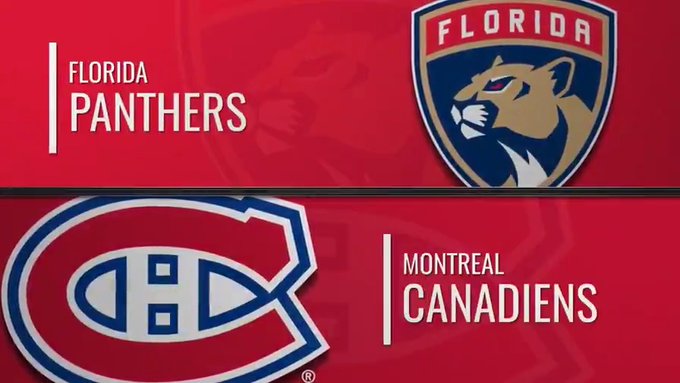 
4. Former Panthers goaltender Roberto Luongo will have his No. 1 jersey raised to the rafters on Saturday night. Luongo will become the first player in franchise history to have his number retired. The 40-year-old Montreal native spent 11 seasons with the Panthers and holds their records for games played by a netminder (572), wins (230) and shutouts (38), along with seveal other records as well. He also represented Florida at the NHL All-Star Game on three occasions (2004, 2015, 2016).

5. Puck drop is scheduled for 7:00 p.m. You can watch the game on CBC, Sportsnet, Sportsnet 360 and TVA Sports, and listen to all the action on TSN Radio 690 and 98.5 fm. Following the contest, the Canadiens will remain in Florida overnight, before returning to Montreal on Sunday. They'll be back in action on Tuesday night against the Nashville Predators at the Bell Centre. To purchase tickets to the game, click here.

Habsy use your power for a loss

It's not often that I have little desire to go see them live. Today is one of those days.

Are Gallagher and Tatar still out?

Habs still have an outside shot of finishing bottom 5 if they can just lose.

Habsy said:
It's not often that I have little desire to go see them live. Today is one of those days.

Are Gallagher and Tatar still out?
Click to expand...

Gally back I think , Tatar out

Looks like Gallagher will play, Lindgren is starting in goal.
H

Is it just me, but why is Ottawa/SJ on every channel in Toronto?

habsfan said:
Is it just me, but why is Ottawa/SJ on every channel in Toronto?
Click to expand...

Habsy said:
Habs still have an outside shot of finishing bottom 5 if they can just lose.

I’ll be ecstatic if we can get #7 overall
G

DonKay said:
I’ll be ecstatic if we can get #7 overall
Click to expand...

Habsy said:
Habs still have an outside shot of finishing bottom 5 if they can just lose.

Losing is one thing but Chicago needs to stop losing to teams like Detroit as well.

5 on 3 and the only thing they can do is blast it from the point. Pathetic

With Drouin and Tatar out it’s comforting to know that the Habs have this incredible scoring depth.

Lindgren was playing great and then lets in a cheap one.